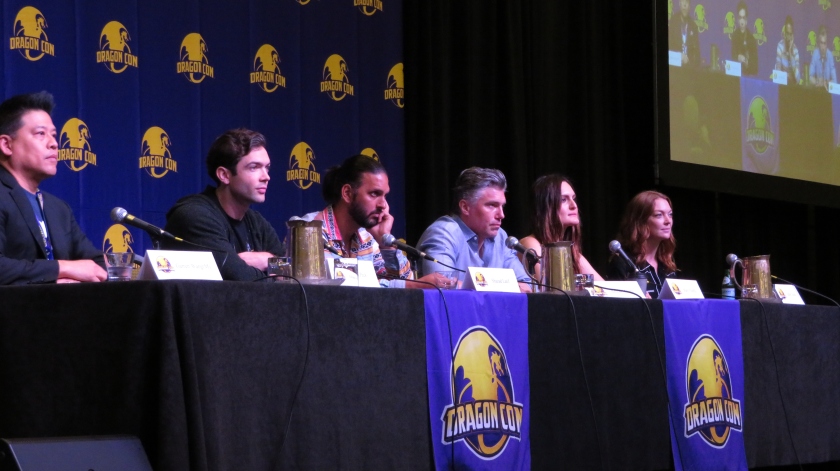 Kinsey has recently gotten into Star Trek. Dragon Con was the perfect place for her ever growing obsession with the show!

She met several cast members, attended a Star Trek: Discovery panel, and was even a contestant in the Miss Star Trek Universe Pageant!

Read about her experiences below!

Over the course of the weekend, I got to meet Ethan Peck, Mary Chieffo, William Shatner, George Takei, and Garrett Wang. I met Anson Mount in passing, but sadly did not get a picture with him. They were all very nice and gracious with their time and I could not have asked for a better experience. 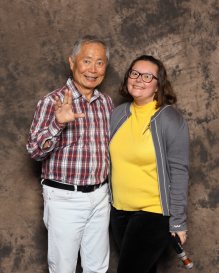 The cast answered numerous questions about the series, but perhaps one of the highlights was the speculation surrounding the Capt. Pike, No. 1, and Spock spin-off. Peck and Mount both said they are totally down to be in it if the opportunity arises. “The Cage” is a favorite episode of mine and the possibility of potentially getting more to these three stories is EXCITING.

Another highlight was, since DragonCon takes places in the South, was hearing Garret Wang say Shazad’s name is a heavily doctored Southern accent. “SHA-ZAY-ED.” I LOL-ed! For the rest of the panel, everyone called him by that name. PRICELESS.

The cast members got along so well together and I love that they can joke with each other off screen and seem to be genuine. 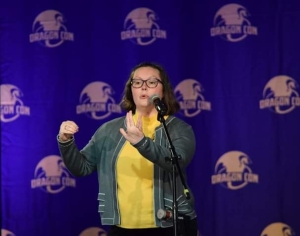 The Miss Star Trek Universe Pageant was so much fun to be a part of! The Pageant was hosted by Garrett Wang and was being judged by Mary Chieffo, last year’s winner, the winner of a Ms. Georgia pageant, and BUCK ROGERS (Gil Gerard). 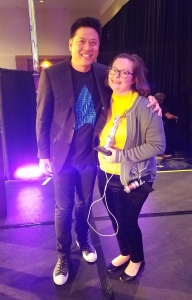 I modeled my character after No. 1 from “The Cage” (and later Discovery) down to the laser (they weren’t called phasers until later for those casual fans who have tried to correct me) and the green ribbon in her hair. She is one of the best women I have seen on Star Trek so far, so I was excited to emulate her in a small way.

For the talent portion, I demonstrated one of my favorite skits from “The Big Bang Theory,” Rock Paper Scissors Lizard Spock.

There was also a question. Mine was “You see a large group of Red Shirts walking down the corridor, and they don’t look happy. You over hear them saying “I’ll show you Live Long and Prosper.” What do you do?”

My answer was in two parts: one was to pull them aside and ask if they had thought about a life insurance policy. The second answer was to point and laugh.

Luckily the crowd thought I was funny, so there is that.

The Salt Queen won the pageant and she modeled herself after the salt vampire in The Original Series, which was very refreshing to see.

My Star Trek fandom has been elevated by DragonCon and I cannot wait to delve further into the franchise. ❤ 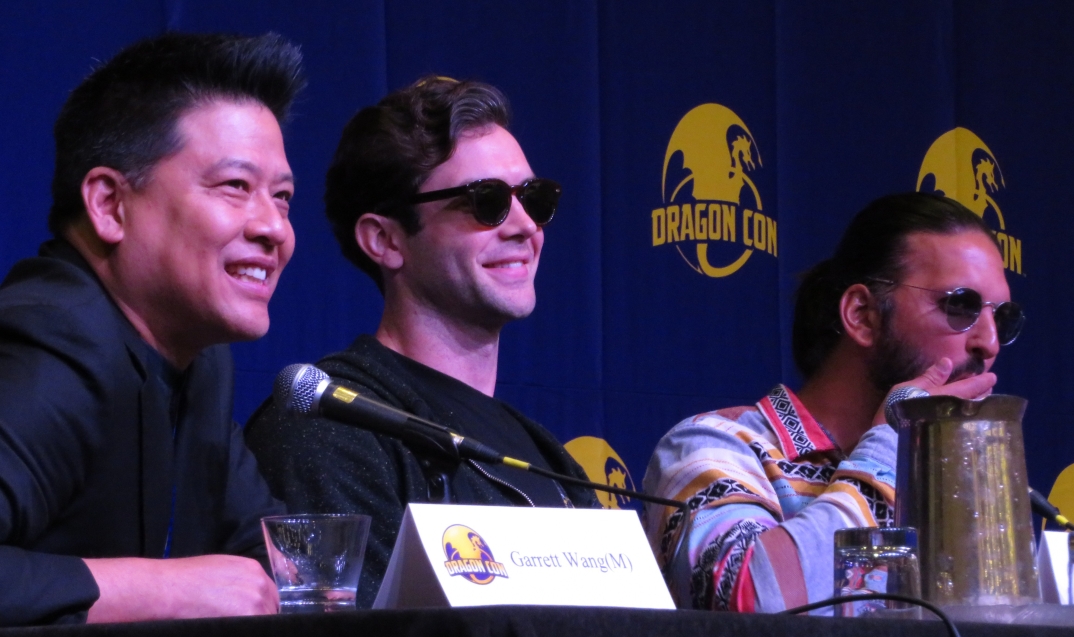 Our interview with prolific television director Michael Grossman is now available on conventionalrelations.net! We chat about everything from Kenan & Kel to Star Trek to Grey's Anatomy. Link in bio!
Got to add two more signatures to this today. @jasonanarvy will be next!
At a convention for the first time in three years! Here's an awkward pic of @_abob_ and @atothedoublej.
For the upcoming 20th anniversary of the classic sports comedy Like Mike, we interviewed director John Schultz and producer Peter Heller! Read all about it on conventionalrelations.net. Link in bio!
Our interview with the wonderful and talented @juliemdolan is now available on conventionalrelations.net! We chat about Princess Leia, Rock and Roll Fantasy Camp, Gilmore Girls and so much more. Link in bio!
On this day in 1976, Star Wars began its first day of shooting in Tunisia! We have an interview with someone Star Wars related coming soon... #whocoulditbe
We're back in action! Our interview with screenwriter Joel Barkow is now available on conventionalrelations.net. We chat about his work on shows like Big Bad Beetleborgs, Mystic Knights of Tir Na Nog and more! Link in bio
To continue our celebration of Degrassi: The Next Generation's twentieth anniversary, we present an interview with the one and only @thedanielclark!
For the upcoming twentieth anniversary of Degrassi: The Next Generation, we got to take a trip down memory lane with with one of the shows former writers @zombietollbooth! We discuss interesting topics such as the lost movie Kevin Smith was supposed to direct, the weird rumor about why Kendra left the show, and why its important to not be kind to your characters.
Our own @_abob_ released a new album today! Check it out on the link in his bio.
Happy Star Wars Day! Dreaming of the day when @disneyplus will add Turkish Star Wars and this sketchy bootleg VHS tape to their catalogue. #makethatshitcanon
Been on a big documentary watching spree this year. Here's a few that I've enjoyed. Anyone have any reccomendations?
Finally managed to get a copy of this limited edition Hey Arnold vinyl! So much love for this show. Thanks for all the amazing and iconic work @craigbartlett and @jimlangmusic
Happy 52nd birthday to the great Paul Rudd! So many memorable performances over the years. What's your favorite Rudd role?
Our interview with @garylgray is now available on conventionalrelations.net! We chat about his experiences growing up as a child actor, his work on shows like "The Fairly OddParents" and "Rocket Power," and his current projects! (Link in bio)
Happy International Womens Day! Wanted to pay tribute to some of the many talented and hardworking female directors, screenwriters and producers.
Heartbroken to hear of Jahmil French's passing. He was an incredibly underrated performer during his time on Degrassi and gave one of the franchises best performances in the episode "Smash Into You." Sending our thoughts and love to his family, friends and fans.
Happy 56th birthday to everyone's favorite skeptic heroine, Dana Scully! I wonder if Mulder remembered this year?
For the thirtieth anniversary of Oliver Stone's "The Doors," we interviewed the film's co-writer Randall Jahnson! We spoke about the lengthy effort he put into researching Jim Morrison, differences between the original script and finished film, and more. (Link in bio)
Happy Annoy Squidward Day!
Loading Comments...
%d bloggers like this: