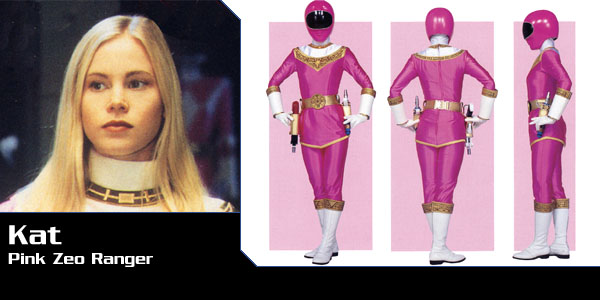 At the Huntsville Comic & Pop Culture Expo, Andrew and Kinsey had the opportunity to speak with actress and author Catherine Sutherland! You may remember her as Katherine Hillard from the hugely popular series “Power Rangers” where she starred from 1995 to 1997. She recently wrote a children’s book, The Boy with the Heart on His Sleeve and is currently collaborating with several former Power Ranger actors on a film called “The Order”. Check out our conversation below and let us know what you think! Have a morphenomenal day!

How did you first get into acting?

I feel like I’ve been doing it my whole life. I actually started as a dancer. Then I started singing and playing piano and I went to a performing arts high school when I was fourteen. I really started getting more into acting when I was there, like more trained. I did plays leading up to that, but that’s when I really started training to be an actor.

Are there any big differences between how the entertainment industry works in Australia versus the US?

In Australia, when I was there at least, the industry was a lot smaller. Everybody kind of knew each other. There was only a handful of casting directors. In Hollywood, there’s a lot more going on, a lot more people auditioning. I feel like a lot of the actors in Australia were trained in acting school and then went on to mostly do theater.

I’ve heard a funny story about your audition for Power Rangers: you faked a martial arts routine to get the part. Did you actually have to do any martial arts training when you got the role?

I did training with the stunt guys, but I was a dancer so I could pick up choreography. The stunt guys really made us look a lot better than we were, to be quite honest.

You did a lot of the fighting outside of the costumes. Were there ever any fight scenes or stunts that went wrong or were particularly difficult to shoot?

Not in my situation. I know the boys had a few things where some noses got broken. Not the actors, but the stunt guys had some blood here and there, but I think they were very careful with us.

What was it like adjusting to not only being thrust into this hugely popular TV show and replacing a popular character, but also moving across the world?

That was a big adjustment for me because I was moved away from my family, my friends, everything. When I first got here the cast were all doing the press junket for the movie so they weren’t even around. I felt very alone for the first couple of weeks, but the producers and everyone, the crew, we all became such a family. They really embraced me, loved me, and made me feel very taken care of, but I had to adjust to some things. Like going to the store and asking for rockmelon and no one knew what I was talking about.

It’s cantaloupe. We also ate pumpkin with meals in Australia so I was asking where the pumpkins were. They were like “It’s not Halloween, what do you need a pumpkin for?”

In Power Rangers, they didn’t normally touch on serious issues, but in Turbo, you had a powerful story-line about self image issues. What was it like telling that story?

That was my favorite episode! I love that episode. I think it was a really important message for girls because they get very caught up in in how they look. It was a really good message about being true to who you are not worrying so much what people think of you.

You recently came back for the “Ninja Steel” reunion. It was only for one episode, but can you compare what it’s like working on the show today to what it was like working on it almost 25 years ago?

It shoots in New Zealand now so that was a big difference. It seemed like it was very put together. They had table reads and we never did table reads. They have rehearsals, so that was different. They got the script ahead of time and sometimes we wouldn’t get the script, we just got the sides for the day. They also seem to shoot a little bit longer. It takes a little longer to do the episodes. With us we would shoot a cluster of episodes, so it’d be like three episodes in ten days, so it was fast paced.

Did you find it easy becoming Kat again?

Yeah, it was fun! I wish they would’ve gone a little bit further with that actually, but it was really fun to be back on set again.

I also wanted to ask you about some things you’re up to currently. I read that you’re working on a children’s book series?

Can you tell us a little bit about it?

It’s about my son, Callum. He wears his heart on his sleeve. He has very big emotions and he’s very sensitive and an out of the box kind of kid. So the books about a little boy who is misunderstood and how to be true to your heart.

That’s so awesome! You’re also collaborating with several former Power Ranger actors on The Order. Can you tell us a little bit about your character?

Yes! This is Erika [holds up picture]. She is very mysterious. You never know what she’s going to do next. She’s fierce. She’s like the queen bee. She’s really a kick-ass character, she’s awesome.

I really look forward to seeing the movie! Do you have any other upcoming projects or anything else you want to add?

I have a few things I can’t talk about. I’m writing a novel about my mother and this is going to be the final draft of my children’s book. It should be coming out soon. I have another children’s book that I’ve written that I’ll probably start getting illustrated pretty soon. I also have a website, catherinesutherland.biz, so any any information on any projects I’m doing or my upcoming convention appearances are on there. I have a blog that I do every month and you can subscribe for free!

Our interview with prolific television director Michael Grossman is now available on conventionalrelations.net! We chat about everything from Kenan & Kel to Star Trek to Grey's Anatomy. Link in bio!
Got to add two more signatures to this today. @jasonanarvy will be next!
At a convention for the first time in three years! Here's an awkward pic of @_abob_ and @atothedoublej.
For the upcoming 20th anniversary of the classic sports comedy Like Mike, we interviewed director John Schultz and producer Peter Heller! Read all about it on conventionalrelations.net. Link in bio!
Our interview with the wonderful and talented @juliemdolan is now available on conventionalrelations.net! We chat about Princess Leia, Rock and Roll Fantasy Camp, Gilmore Girls and so much more. Link in bio!
On this day in 1976, Star Wars began its first day of shooting in Tunisia! We have an interview with someone Star Wars related coming soon... #whocoulditbe
We're back in action! Our interview with screenwriter Joel Barkow is now available on conventionalrelations.net. We chat about his work on shows like Big Bad Beetleborgs, Mystic Knights of Tir Na Nog and more! Link in bio
To continue our celebration of Degrassi: The Next Generation's twentieth anniversary, we present an interview with the one and only @thedanielclark!
For the upcoming twentieth anniversary of Degrassi: The Next Generation, we got to take a trip down memory lane with with one of the shows former writers @zombietollbooth! We discuss interesting topics such as the lost movie Kevin Smith was supposed to direct, the weird rumor about why Kendra left the show, and why its important to not be kind to your characters.
Our own @_abob_ released a new album today! Check it out on the link in his bio.
Happy Star Wars Day! Dreaming of the day when @disneyplus will add Turkish Star Wars and this sketchy bootleg VHS tape to their catalogue. #makethatshitcanon
Been on a big documentary watching spree this year. Here's a few that I've enjoyed. Anyone have any reccomendations?
Finally managed to get a copy of this limited edition Hey Arnold vinyl! So much love for this show. Thanks for all the amazing and iconic work @craigbartlett and @jimlangmusic
Happy 52nd birthday to the great Paul Rudd! So many memorable performances over the years. What's your favorite Rudd role?
Our interview with @garylgray is now available on conventionalrelations.net! We chat about his experiences growing up as a child actor, his work on shows like "The Fairly OddParents" and "Rocket Power," and his current projects! (Link in bio)
Happy International Womens Day! Wanted to pay tribute to some of the many talented and hardworking female directors, screenwriters and producers.
Heartbroken to hear of Jahmil French's passing. He was an incredibly underrated performer during his time on Degrassi and gave one of the franchises best performances in the episode "Smash Into You." Sending our thoughts and love to his family, friends and fans.
Happy 56th birthday to everyone's favorite skeptic heroine, Dana Scully! I wonder if Mulder remembered this year?
For the thirtieth anniversary of Oliver Stone's "The Doors," we interviewed the film's co-writer Randall Jahnson! We spoke about the lengthy effort he put into researching Jim Morrison, differences between the original script and finished film, and more. (Link in bio)
Happy Annoy Squidward Day!
Loading Comments...
%d bloggers like this: